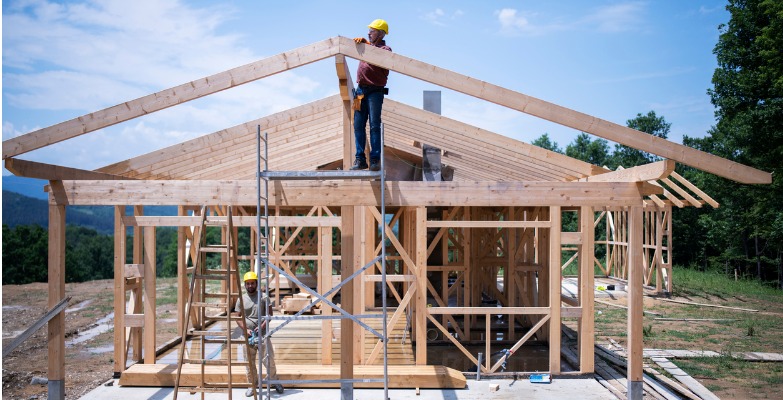 There is a stark difference between a wood framed house and a brick house. For example, a brick house is perfect for colder climates, but is more expensive. Wood is cheaper than brick, but requires more upkeep. The contrast between brick and wood houses is similar to the infrastructure of websites. A website built using web forms is less efficient than one built using MVC.

Sitefinity recently switched from using ASP.NET Web Forms to ASP.NET MVC architecture, which has created a better way for developers and clients to manage and control layout elements for websites.

ASP.NET Web Forms are quick to build, similar to how building a wood framed house is quicker to build than a brick house. Web Forms are a single unit, which has no compartments. A webpage built using .NET Forms has all pieces of code in one place. You have the portion that the world sees, which is the design. Then, you have the portion of the webpage that the public cannot see, which is the code behind the web page. The code behind the webpage is what makes the website function, reacting to any front-end interactions and rendering the page. When a website loads with all the pieces together, it can add up to millions of bits of data.

ASP.NET MVC is the newer, more efficient design pattern in development and a separation of all the web pieces. In this scenario, MVC is the brick house. It takes more time and effort to build, but it is worth it. The acronym MVC stands for “Model, View and Controller.” The Model-View-Controller (MVC) is an architectural pattern that allows for smaller load times. Since MVC is separated, unlike Web Forms, the public will only see the “view” while the model and the controller are compiled and executed only when needed.

What are your objectives?

The choice between Web Forms and MVC depends on what the objectives are. From a developer’s perspective, MVC is the most appealing because multiple people can work on the webpage at the same time. MVC also has the ability to manage all requests made to the server. If maximizing efficiency and performance is the goal, then MVC can accomplish this.

However, if the goal is having a webpage built as quickly as possible, then Web Forms would work best. Web Forms also allow data to be stored more easily.

Make sure you explore your options when looking to build a website. There are many resources to help you learn about these technologies. Sitefinity supports both Web Forms and MVC. With Sitefinity, getting a website running is simple. Customizing the website to fit your needs is what takes some thought.

For more information, reach out to your Vanguard Client Manager or check out some of these other Vanguard Tips & Tricks articles related to MVC and Web Forms below: